Celebration Bust is off to a local primary school -
Last year our local school organised a food day. They asked if I would be interested in talking to the children about infant feeding. They left it up to me how my presentation would unfold but had requested that there were no photos or pictures of naked breasts.
I had groups of different ages of children and my discussion and display was reorganised accordingly.  I had my daughter Molly with me  and they were able to ask questions regarding my breastfeeding relationship with her.  All of the children showed genuine interest and participated in the discussions we had. Each group was very different and the younger children concentrated more on the baby animals than the act of breastfeeding itself.  There was very little embarrassment shown and I really believe that all the children gained something positive from the experience.
My main aim was to show that  human babies need to drink human milk, and convey this in an age appropriate and objective manner.  I have no background knowledge  of teaching so I'm sure you will find I have gone about this the wrong way.  However -  the children seemed engaged with the topic, uneducated about breastfeeding and willing to learn more, which is why I thought you might be interested in looking through the materials I pulled together.  The materials I used are not suitable for emailing (there was a lot of cutting and sticking involved) and I photocopied it all on to A3 paper to create a good visual impression. What I have done though, is shown you some of the pictures I used and the explanations I gave to go with them.  The main aim of it all, for all age groups was for the children to understand that human milk is biologically live substance and is species specific unlike infant formula which is modified cows milk.
Before our 15 minute allocated slot was over, I gave them each a handout out to take home and talk about with their parents.  I was expecting some negative feedback from parents, however all feedback received was positive. I even had a couple of thank you letters from the children and staff :)
If you have any questions please let me know.
To start the conversation off i asked children if they drink milk and if so where does it come from.  I asked about other foods they eat and talked about diet in general.  I then asked  “where do babies get their milk?”  Some said—the same place we do...others said from mummies and some said Cow and Gate.   With each individual group the discussion took a different route but what follows is the general gist off conversation
I turned the pictures below in to picture cards.   After we talked about “the milk we  drink” I showed the children the pictures of the baby of each animal. At the same time asking where does this baby get her milk from?  After identifying each of the baby's mothers I showed them a poster I had created showing mothers of all animal species feeding their young.
With the older children—we talked about what is expected of each animal when it grows up  Ie– baby cows need to get up and run strait away, Baby humans take along time to become independent. Therefore the food that the baby receives needs to be able to fuel the individual.
The aim with this activity  was to raise awareness that milk is species specific.  It raised allot of questions. Mainly regarding human milk composition. 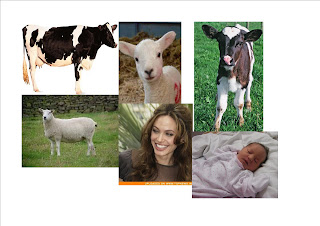 After playing a game of match the mum to the baby i showed them a poster i made using these pics below... 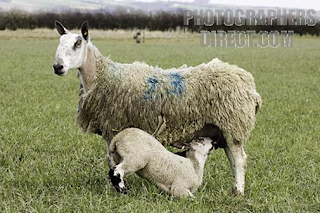 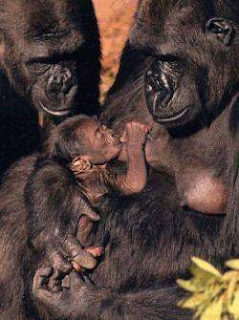 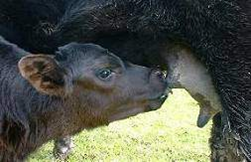 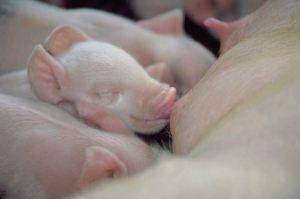 For the presentation to the children I made it nice and bright with colourful patterns.  The aim here was to show that human babies need human milk, in the same way that lambs need sheep milk, piglets need pig milk and so on.
I also made a poster using  some pictures of formula—I added that formula does have a place in infant feeding but does not contain live cells and enzymes that help babies immunity.  (worded differently for different age groups)
I did get asked alot, why would mums feed their babies formula if human milk was so good. -
In response to this I had 5 full page advertisements for formula milk that I pulled out from just one magazine.  We talked about the wording of the advertisements  and how it encourages mums to buy formula milk. They were stunned.
My aim with the formula poster was to encourage discussion about how marketing can alter our  decisions and to make the children aware of some of the differences between infant formula and Human Milk.
After we talked about formula and advertising I showed them the Ardent Belly Balls and the display I had created  showing them how much milk a baby can hold in the tummy. They were amazed at how tiny their tummies were and how little babies can eat. I did this for 1 day, 3 days, & 10 days. I had a little container with the amounts of milk in too. I also had a jug of milk containing  the amount of milk the human breast can make within 24 hours. Again the children were amazed.  This encouraged lots of questions.
My aim was to show children that babies feed little and often. Looking at the belly balls also gave rise to discussion about why human milk digests so quickly and infant formula doesn't.
The text I used with the Belly balls
I cut it all out and made (another!) poster and stuck the belly balls and containers to it.
At 1 day old
5 ml
At 3 days old
22ml
At 10 days old
45-60 ml
By the time a baby is 6 months old, the mum is making 896ml of milk every day!
Milk changes as the baby grows.  The first milk is called COLOSTRUM.  This contains all the things baby needs for a healthy start.
After the first few days more milk `comes in.` This milk is watery at first and stops the baby from feeling thirsty. After baby has been feeding for a few minutes it starts to get thicker and fattier. This stops the baby feeling hungry!
Human Milk For Human Babies.
Human milk contains many things to help keep baby healthy from the very beginning of life. These things are found in just the right amounts to ensure that the baby gets to grow and feel well.
Proteins – Help to protect baby from illness.
Amino Acids/ Taurine – Helps the brain and eyes to grow.
Fat – Gives energy for growth
Lactose (a type of sugar, only found in milk)
Energy
Helps with brain growth
Helps baby absorb minerals
Vitamins and Minerals   -Very important for growth and health
Iron, Zinc and Fluoride
Enzymes, live cells and Hormones.
Protection from disease
Aids digestion
Destroys harmful bacteria and viruses.
That is just some of the things that human milk can do. The list is far too long to include it all.
Magical Milk
Human milk is the healthiest possible food for human babies. But it’s not just because of all the important nutritional stuff.
A mother can make just the right amount of milk for her baby. At one day old a baby only needs 5 ml of milk. If baby is fed with milk out of a bottle the baby could become over full – Baby will soon get used to this feeling and as the baby gets older they may  eat too much to get the over full feeling! This is very unhealthy.
The protein in human milk is in very small amounts and digests easily. This means that breast fed babies feed ALOT more than bottle fed babies. But this means that mummy and baby get to spend lots of quality time together. This is important for human babies.
Colostrum – the very first milk that baby receives contains ALL the thing baby needs to have a really healthy start
When a mum is breastfeeding her baby she gets a HUGE dose of hormone that makes her love her baby EVEN more than she did before! Clever, eh!

Jo who can't think of a clever nickname said...

Sounds like you did a great job! Glad you got good feedback too. You have to be very careful talking to kids to make sure they get the right message as they often focus on one comment and go off at tangents!

Thanks for your input Jo! Having no teaching experience my self it is super hard to know what's relevant and what's not! Maybe i need a nice primary teacher to come on board with this ;-)

L, you are a mysterious lady! We are trying to get in touch with you to talk about rolling this out in sunny Yorkshire. Could you get in touch with us?! we are on facebook as 'mother nurture doulas' or 'yorkshire birth buddies doula services'. Look forward to hearing from you! Rachel and Caroline xx

Hiya Caroline... I had tried to get back in touch with you but never managed it! :)

Would you like to take the Boobiful Bust on? I am moving house shortly and getting a full time job and so the bust isnt being done justice sat in the maternity unit. Let me know :) my email is laura dot watton at sky dot com :)